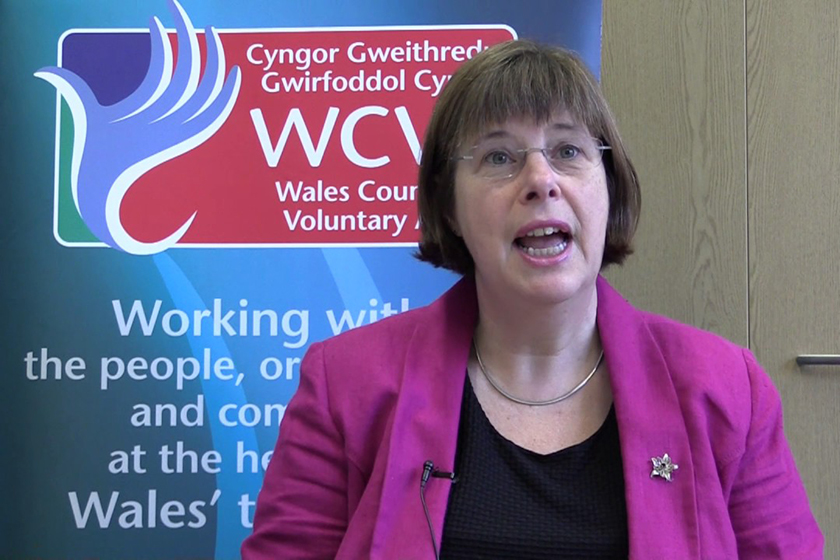 Charitable income per capita in Wales is approximately half that of English charities – £386 compared to £767 according to the Wales Council for Voluntary Action (WCVA). There was a small increase in overall income from £1.1bn to £1.2bn between 2014-15 and 2015-16. Wales also has few charities per person – 2.3 per 1,000 people against 3.6 per 1,000 people in Scotland, for example. About one in 22 people in the UK live in Wales; the region accounts for only £1 of every £45 generated by the voluntary sector. Despite the passage of the Social Services and Wellbeing Act in Wales in 2014, Welsh Government funding of the sector has fallen by 27% since 2010, and the value of contracts between the government and charities has dropped by almost 60%. “The third sector in Wales continues to operate at a disadvantage compared to the rest of the UK,” said WCVA Chief Executive Ruth Marks (pictured above). In June Marks wrote that “money is just one part of the equation. When times are tough there’s a tendency for the pursuit of funds to subsume all else and there’s a danger that, by focusing on income alone, charity leaders end up dealing with immediate crises rather than pursuing long-term decisions.”