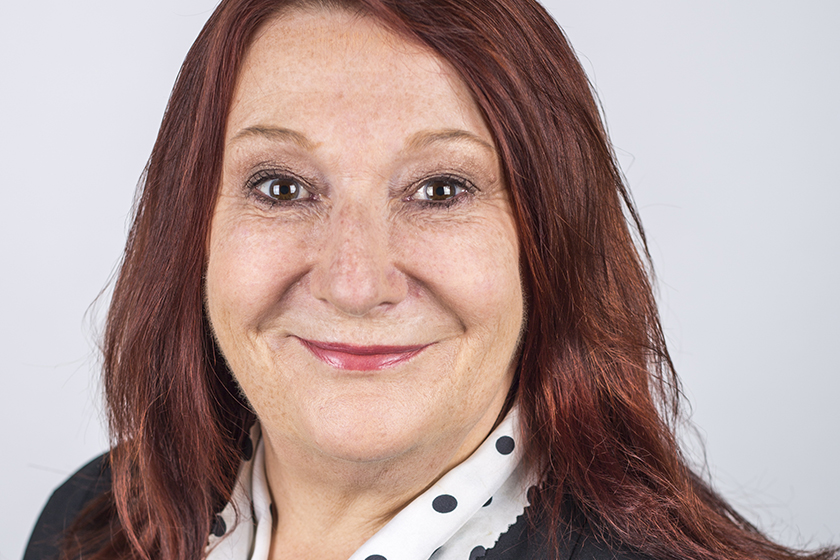 Purple Futures is a partnership between third sector organisations 3SC, P3, and Shelter and its leading partner Interserve.

The partnership is responsible for providing probation and rehabilitation services on behalf of the Ministry of Justice in five Community Rehabilitation Companies (CRCs) across the UK: Cheshire and Greater Manchester; Merseyside; Humberside, Lincolnshire and North Yorkshire; West Yorkshire; and Hampshire and the Isle of Wight. The CRCs manage services for about 40,000 offenders – up to 25% of low and medium risk ex-offenders in England and Wales –  and Purple Futures is contracted to do this for seven years, having started in 2015. The collective contract is worth around £600 million.

Yvonne Thomas, who at that date was Managing Director of Justice at Interserve, said at the establishment of Purple Futures: “We recognise that offenders have the potential to change, and we will work together to help them realise this.” Three years into the contract we caught up with Thomas, now Managing Director of Citizen Services (which means she oversees all Interserve’s justice, employment, learning and health services), to learn how things are progressing.

“We have just over 60 third sector organisations working on these contracts with us,” says Thomas, “and they range from tiny charities like the Heart of Portsmouth Boxing Academy, to the big guys like Shelter. We’re generally pleased with the quality of service of the third sector partners. We hold them to professional contract management standards – in fact 3SC do that contract management on our behalf, and they do that well. Interserve as the private sector partner has operational responsibility for delivery. What we wanted from our third sector partners is to have a slightly arms’ length view, holding us to account for things like inspections, and of course each of them is a delivery partner in their own right for the contract.”

Thomas said about a year ago that “our work is going up and our pay is going down”. Does that still hold today? “Nobody is planning on walking away from these contracts but we are in quite a lengthy set of negotiations with the Ministry of Justice, as I think all providers are. I’m still hopeful that we will get a good set of resolutions from those discussions. There’s a willingness on all sides to find solutions, but they involve difficult problems. I would expect all of us to know where we stand by around June this year.”

Purple Futures has had its fair share of criticisms but Thomas is confident that Interserve knew “exactly what we were taking on.” Operationally, “the quality of what we do is perceived to be pretty good. We are reducing re-offending ahead of the binary rate predicted, and I think that’s why on the whole the third sector is comfortable working with us, and we are very comfortable with them. The very fabric of how we have designed our service – the Interchange model as it’s called – is a very positive experience for the offenders who come to us.”

How much of the criticism Purple Futures has faced is simply an inevitable consequence of doing something new? “An awful lot of it”, says Thomas. She adds: “It’s always been a political hot potato and that probably will never stop. It’s not fashionable to find things to praise. Fantastic as probation is, it’s not a service that the public is particularly interested in, putting it bluntly. It’s a little disappointing that there are not more advocates for this service, which in some parts is very good and in some parts is not. It’s a very sensitive service. But I know what probation used to be like, and I know how we run probation; I have a very clear conscience about the service that we are providing.”

The cost of reoffending is staggeringly high, both in the devastation to individual lives and also to the overall economy. In 2015 the government said the “cost to the taxpayer of reoffending is estimated to be £9.5 to £13 billion per year”, and that about half of all crimes committed are by people who have already been through the criminal justice system. Historically we have been good at locking people up for their crimes but very poor at rehabilitation. The social and economic costs are truly vast. The public sector never made a great job of diverting offenders from returning to crime and prison; is the private/third sector collaboration having better luck?

Says Thomas: “We know what the binary rate of re-offending is within our CRCs, as calculated by the Ministry of Justice; we know what the predicted outcome is, and what the actual outcome is. The first years’ results, from the beginning of the contracts, are now through, and you can see from that we are doing better than predicted. In most of our CRCs, every single percentage point means there are fewer victims, fewer crimes, and that it must therefore mean that the cost to society is less. But re-offending rates are still too high.” The figures from Purple Futures, from October 2015 to the end of June 2016 – the data available – show that it’s having pretty dramatic success in reducing re-offending rates in some of its CRCs, less so in West Yorkshire. Figuring out why different CRCs are having different results is high on Purple Futures’ agenda.

In the end, rehabilitation “is not rocket science” says Thomas. It’s a matter of “treating people how you would like to be treated,” she says. It’s about painting a picture for individuals about what their life could be like, and then helping them through that process. It’s also the case that such a massive undertaking as turning around the lives of some 40,000 people is neither fast nor simple, particularly with ever-increasing pressures on accommodation and drug treatment services. Over decades the public sector showed itself largely indifferent to involving the third sector in the work of rehabilitation; three years into its job, the private sector is using the third sector and changing lives for the better – and cutting into that £9.5 billion cost, slowly and surely.