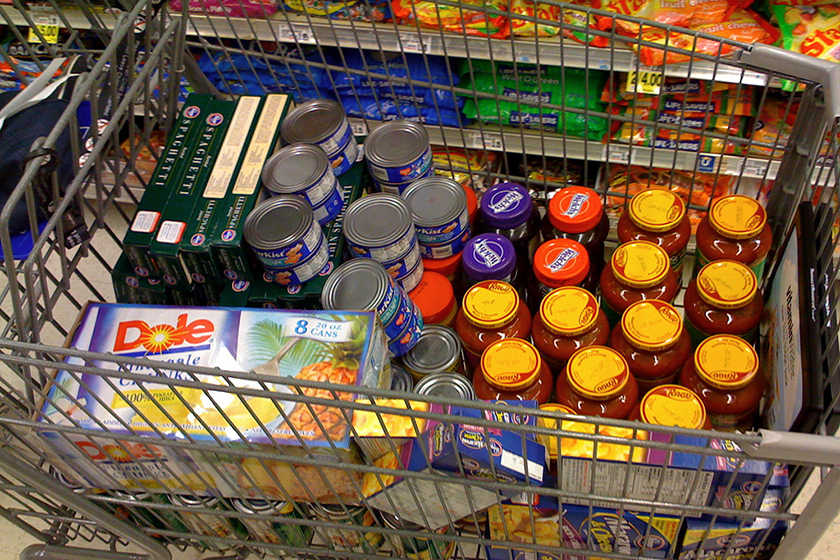 The Trussell Trust – the charity that runs two-thirds of the UK’s foodbanks, 428 in total – says that for the past year (up to the end of March) the number of people seeking help from its foodbanks rose by a record 13% compared to the previous year. The Trust requires a referral from a job centre or similar body, such as a housing association or GP.

Most disturbing is that 28% of all referrals to its foodbanks were because the individuals’ benefits were insufficient to cover the cost of essentials; 24% of referrals were due to delays in receiving benefits, while 18% were due to changes in benefits. Foodbanks that have been in full universal credit rollout areas for a year or more shows that they experienced an average increase of 52% of referrals in the twelve months after the full rollout date in their area. Analysis of foodbanks either not in full universal credit areas, or only in full rollout areas for up to three months, showed an average increase of 13%. Half to two thirds of food bank users who took part in the report ended up using a foodbank due to problems with the benefits system.

The charity calls for benefit levels to be uprated in line with inflation and for “an urgent enquiry into poor administration within universal credit.” Emma Revie, the Trust’s chief executive, said: “For too many people, staying above water is a daily struggle.” The number of parcels handed out at Trussell Trust foodbanks has risen from fewer than 3,000 to 1.2 million today. A report in 2014 argued that many food bank users faced multiple challenges, including ill-health, relationship breakdown, mental health problems or substantial caring responsibilities, and that many were unable to work or had recently lost their job. 3SC’s contract delivery includes third sector organisations who help find work for the unemployed, the disadvantaged, and those who are struggling with the multiplicity of problems faced by many people today – including having sufficient resources to adequately feed a family.