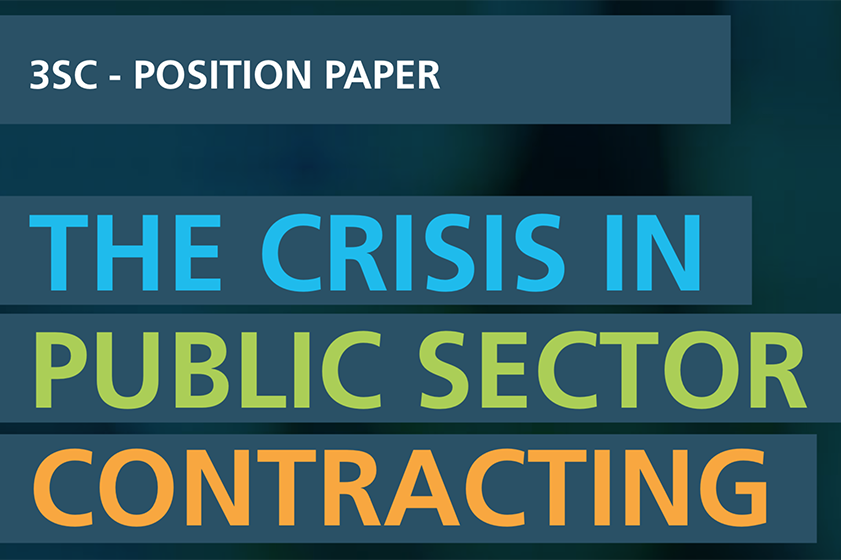 3SC launched a Position Paper at the House of Commons on 22 May, at a reception hosted by Alex Sobel, the Labour Co-op MP for Leeds North West. There was a very good attendance, including 3SC’s delivery organisations, government departments, MPs and representatives from various think thanks. Chris White, the former Conservative MP for Warwick and Leamington, and the man who steered the Social Value Act (2012) through Parliament as a private members’ Bill, said that one of the neglected advantages of leaving the European Union was that “we can now look for developing our own domestic procurement policies, and this is an area which requires not only parliamentarians to work on, but also other organisations” such as those who gathered for the launch in the House of Commons.

The Position Paper, available on 3SC’s website as a pdf here, argues that in the wake of the collapse of Carillion, public procurement faces significant challenges. It states: “What we are pushing for is more sensitivity in how services are procured and, within that, an explicit commitment, from Government, for third sector and smaller organisations to secure a reasonable share of the public procurement pie.”

The Paper calls for providing “teeth” to the Social Value Act to make it work effectively. According to National Voices, a coalition of health and social care charities in England, from research it carried out in 2017 it found that just 13% of Clinical Commissioning Groups were making “highly committed, evidenced and active” use of the Act. 3SC’s report makes several proposals including the creation of a Public, Private and Third Sector Enterprise Board, to drive “best practice, inclusivity across and between the sectors, and a world class procurement framework.” It also emphasises the need to focus on the quality of outcomes, not just price, when it comes to procurement. Parliamentary Select Committee reports into the collapse of Carillion lent support to our paper; one commented: “The government’s drive for cost savings can itself come at a price: the cheapest bid is not always the best”.